By Derek Lawrenson for the Daily Mail

Rory McIlroy claimed the world No 1 spot for the first time in 2012 by beating Tiger Woods down the stretch to win the Honda Classic. Now he’s looking to punctuate his latest rise to the summit by winning the prestigious PGA Tour event hosted by the great man.

On a day when Tiger himself showed once more that no venue causes him fits quite like the wiles and mysteries of Riviera, McIlroy answered the riddles with a fine 67 to be a menacing presence on the leaderboard at the halfway stage of the Genesis Invitational.

The Northern Irishman moved seven shots ahead of Woods, who could only muster a 73, and is now looking up at only American Matt Kuchar who followed up his opening 64 with a 69 for a two shot advantage.

‘I’m really pleased, I managed my game well and made some good up and downs,’ said McIlroy. ‘I’m thinking my way round this course and that’s what you have to do here.’

On what’s at stake over the weekend, he added: ‘I think anytime there’s a tournament you haven’t won, you want to correct that, and that applies particularly in this instance. I think we all know how special it is here, and I’d love to win this trophy.’

McIlroy was out late and made the ideal start with a birdie at the first. There are only three par fives here and Rory birdied all of them in another sublime exhibition of his peerless driving. Playing alongside Dustin Johnson, it remains one of the wonders of the modern game that he can concede six inches in height to the muscular Johnson, some 30lbs in weight – but not a yard in length off the tee. 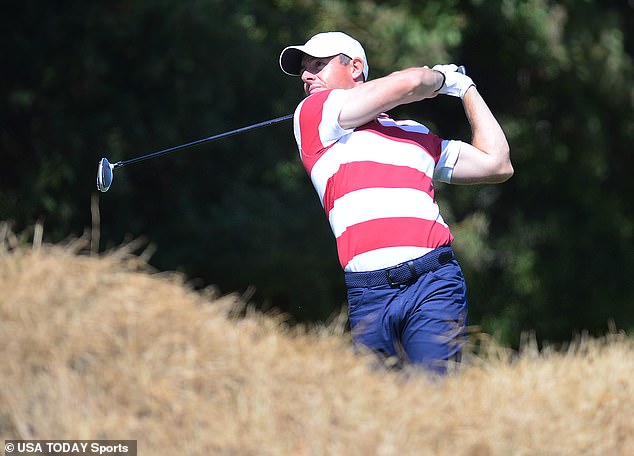 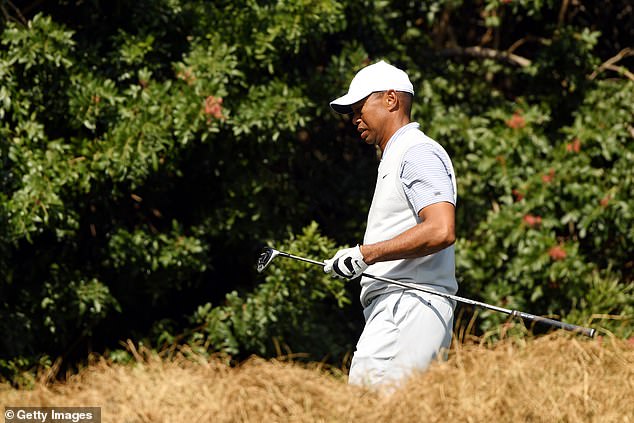 Just why he has moved ahead of Johnson over the past 12 months, and everyone else for that matter, though, is the immaculate state of his short game. Once more he needed fewer than 30 putts and once more his chipping was equally impressive.

Among those with the unenviable task of trying to catch the 30-year-old over the weekend are Jon Rahm and Justin Rose – part of a decorated cast on four under.

Rahm can become world No 1 himself with a win here and the burly Spaniard shot a 67 to be three behind Rory, on the same mark as Rose, who carded a second successive 69. McIlroy will also have noted the performance of former Genesis champion Johnson, who shot 66 to also be on four under, but world No 2 Brooks Koepka could only muster a 73 to be alongside Tiger.

This time last year, it was Rose who was the world No 1 but he’s drifted to 10th. ‘I feel like my ball striking is on the way back,’ said the 39-year-old Englishman. ‘I’d give it a seven out of ten, and probably a nine on the range. Now I’ve got to learn to take it all from the range to the first tee.’ 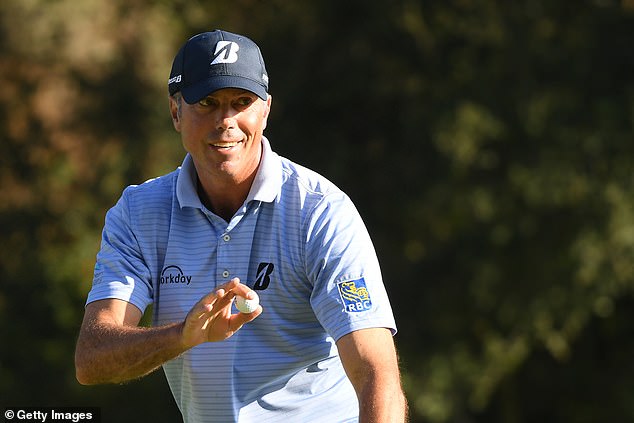 The sun was a long way from rising when Woods arrived at the course before 6am for his 7:16 am tee-time. Temporary floodlights illuminated the practice putting green by the clubhouse as the tournament host went through his warm-up.

By the time he reached the 10th tee – his starting hole – around 300 hardy souls had braved the horrors of the 405 freeway nearby to cheer him on. For the second day running, Woods got off to a fast start, with a birdie at the 10th.

So began a number of pleasing shots that hinted at a good day until a wretched stroke at the 15th, where a wedge from 144 yards flew only 120 yards and plugged in a greenside bunker. From there he played over the green and ended up missing a 6ft putt for a bogey. Just like that, so much good work undone.

Given that Woods was four under par after nine holes on Thursday, he’s now six over for his last 27, which is most unlike him. ‘I’ve got 40 or 50 guys in front of me after some really bad mistakes,’ said a disconsolate Tiger.

This course really is beginning to look like his kryptonite.

‘It was not smoke’: Salomon Rondon says Manchester United made a bid to sign him on deadline day